I was on the road when a friend texted me about Robin Williams suicide. The note was followed by several unhappy face emoticons 🙁 🙁 🙁  … which is a good summation for how this impacted pop culture. The news cut through our world and brought a vibration of sadness, concern and shock.   For someone so gifted and who brought so much pleasure to many it sure was sad to hear of his method of departure.   And troubling to watch how this was so poorly covered in the media, from lack of awareness about mental health issues.

There have been many commentaries floating around about his passing. Just read this one from a favorite of mine … therapist and guided imagery expert Belleruth Naparstek. Thought I would pass it along given her seasoned view on mental health, depression, trauma, post-traumatic stress, etc.

Hopefully Robin William’s death helps raise the bar on our awareness about these important issues and develops more understanding, skill and compassion for ANYONE going through it.  And the need for much more research and support. Celebrity cases highlight the ignorance that most people exhibiting these kinds of symptoms encounter from themselves and the folks around them.  People just don’t understand what is going on and why a person acts like they do (even the person themselves).  Or what they are experiencing inside. Let alone how to manage it without killing the creative spirit. Yes, they can be a comic genius (or any other type of genius) but bipolar is a heck condition to manage and very difficult  in the kind of ignorance that still prevails in our society.  Here’s Belleruth’s take on this important event and issue … 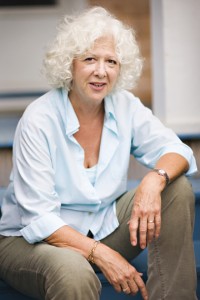 “I feel a rant coming on.

I’ve been catching some of the commentary on traditional news outlets and social media over the tragic death of big-hearted, super-talented actor-comedian Robin Williams. It seems pretty obvious he was a great guy and a dazzling talent.  I feel for his family and friends.  It’s horrible to be left by suicide, especially when you haven’t been consulted. (I know that might sound flippant, but I mean it.)

There’s a lot of confused and simplistic messaging flying around about depression, suicide, celebrity and being a professional comic – now throw in Parkinson’s – and, much as I’m reluctant to add to this overfull conversation, I think I’ve gotta pipe up.

Robin Williams had bipolar illness. (We used to call it manic-depressive disorder). And that’s one very tough condition to manage.

Sure, he had the standard demons.  All the stuff people are writing is no doubt true.  He had the usual troubles from celebrity and fame.  He was never secure with “steady” work.  He needed to please people and make them happy, probably to his detriment.  He struggled with various addictions, probably connected to self-medicating his mood swings. He was worried about having Parkinson’s.

But the guy was bipolar.  And that defines the problem and trumps all of the above, which are no doubt contributing factors, but not the main event. –