Was fascinating to hear the story behind the Burt Bee’s name (him just ‘keeping it simple’) and also the start of the enigmatic packaging (those captivating yellow boxes and hand drawn sketches). 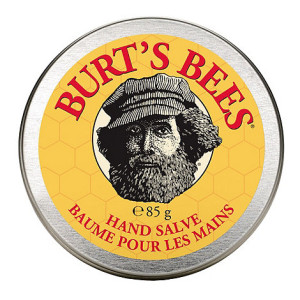 And Roxanne Quimby, the off-grid single Mom next store … who not only masterminded the massive expansion of his business, rode the organic wave (before organic was the term it now is), made off with most of the loot when she bumped Burt out but also kinda broke the odd duck’s heart in the process.

A study in ‘authenticity’ and being who you naturally are. Why does that brand cut through so cleanly?! Cause its based off a man who is exactly what the brand portrays (even if the company has long moved on from him). The centrality of his energy still connects. Still lives in a little house on rustic land in Maine, with his dog … and his mess. And the book from the 1800s that he had on beekeeping and the many products one can make from honey and bees wax.

While others around him are bothered by where he has ended up, he doesn’t seem to mind. Just as long as he has his oatmeal, his wood stove and his dog by his side. And occasional company sponsored appearances where they trot him out like a mascot (again, which he doesn’t seem to mind even close to 80). An interesting life’s tale …