I have a confession to make — my guilty pleasure is “reality TV”.  I told a fellow Process Professional that not too long ago and she was shocked. And perhaps a little disappointed. Hehe. Not exactly sure why that would be such a surprise but hey. Must be my serious demeanor for the most part 😉

I like some reality TV for a few reasons. It fits with my natural inclinations — I’m a facilitator and coach, so I spent most of my days listening to the ins and outs of groups and individuals and helping them express the core of what is going on for them. So reality TV is kind of a natural extension of my usual inclinations.

Keeping Up With the Kardashians is another one. Gives a little inside look at the mindset that allows that kind of abundance, how to parlay interest into multiple streams of income (Kim K’s video app success was actually interesting), and well, I like fashion and home décor, so ya get a lot of that with that crew. That’s about all the redeeming qualities I can find haha.  Its fluff.  Sometimes one just has to relax and watch something fluffy!

What I wasn’t expecting from the Kardashians, which you do actually find in some other reality TV shows, was progressive social commentary.

There was a little bit of this when Kim K got together with Kanye West and had their cute baby — we the viewers got a glimpse of the kind of blatant racism that often goes on in the world, with how some people dealt with her in her travels. Gross no matter what you personally feel about the brands of the two parents. And Scott Disick’s struggle with alcoholism, while painful to watch, gives a pretty good look at how many families deal (or more accurately don’t deal) with addiction and grief issues (let alone narcissism).

Lately, the story line has been pretty impressive culturally — mega athlete Bruce Jenner transitioning from a male orientation to a female one. You can check out his recent Diane Sawyer interview for a bit of this. If you are in the U.S. you can search for the full interview online, as I’m in Canada, I can only publicly share a 2nd hand interview, so: here is one

Back in San Francisco many years ago, when I was in grad school, I worked on campus. One of the other employees at the Dean of Students’ office where I worked was a man. A very tall man at that. He took the summer off and came back in the fall as a woman. He began the long and challenging process that Bruce Jenner is now showing on their TV show.

While I was totally behind my fellow employee’s transition (all the power to anyone who is in the pursuit of shifting their life for what they deem the better) … it did take me a while to break the neuro pathways in my brain that referred to him as a he in order to now start easily referring to her as a she. It literally took a while for my brain and tongue to get used to the new pattern with plenty of faux pas in between.

You can see all of the various Kardashians and Jenner’s going through this process – let alone coming to terms with the reframing of their shared past and what the future may mean with such a close family member. And asking all the various questions that need to be asked to come to terms with a father, husband, father-in-law, son, friend, golf partner, etc making such a significant change.

There are of course claims that they are doing this ‘all for ratings’ and attention. I personally think that they are all being exceeding brave to allow their various reactions to be filmed. Seems honest, genuine and truly touching to me.

In particular, I am really impressed with Kris Jenner (his wife’s journey). The polarity between them in earlier shows makes a lot more sense now. She’s seen in a much softer and more sympathetic light now. And their dialogue reveals the pain of the hiding of truths, or layers of truth, from one’s partner over the years and the built up frustration, confusion and anger this causes. 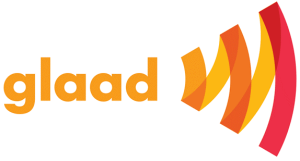 They end the show’s transgender themed episodes with this link for more information: http://www.glaad.org/transgender.

An example of reality TV actually also doing some good in the world. I wish this family all the best in their process and thank them for sharing it … hopefully in doing so they aid the transgender topic and process in moving forward in North American culture at least. Much better thing to plug than all the materialistic stuff they usually do on their show.