As you can see from my recent blog posts, I went on an Abraham Hicks cruise not too long ago … in sunny Mexico.

I love going on these cruises because it’s a cruise of course!  … but more than that, I’m there because of the more intense access one can get to the Abraham-Hicks teachings.

On this cruise a story was shared about Esther Hicks that I found really intriguing.  Esther has a young granddaughter, Kate … whom she’s created a game with. The game is, that Grandma Hicks will take a picture on her camera/phone and email it to Kate at the end of the day, before she goes to bed.  They do this every day by the sounds of it.  A way for Esther to connect with her granddaughter (as they travel to 50+ engagements per year so they are always on the road!).

These photos are special because Esther is always on the look out for a beautiful, positive aspect of her day that she can share with her granddaughter … and has fun combing through her daily life to find things to share.  As Abraham explained, this is a way of doing selective sifting – deliberately choosing to focus on the positive aspects (which is a process that Abraham teaches in their work).

Kate loves the photos that also have Jerry in them (her grandfather), and she has a request for a picture of a dolphin with a rainbow in it … so I guess Abraham is working on lining that one up (and Esther is looking forward to that manifestation … as what a sign of alignment that will be!).

I wonder if they got that shot on this last cruise?  While I did see a whale flipping its tail multiple times (like seven in a row!) … I was not fortunate enough to be on the right deck at the right time when the ship passed the Baha and thousands of little dolphins swam towards it.  My new friend Molly did catch the sight and she said she had tears streaming down her cheeks it was so amazing.  I don’t know if there happened to be a rainbow at that scene too, but if Esther got a shot of that, it would be an amazing one for Kate to see!

It’s not the first time that I’ve heard of very cool, out of the ordinary things happening on an Abraham cruise. When I was on the Alaska cruise in summer of ’07, the day we were touring up close to a glacier … the largest ‘calfing’ the onboard ranger had ever seen occurred.  Calfing is when a large section of the glacier falls off and into the ocean.  I did see that one and it was totally exciting – just about dropped my mohito (I was up in the observation bar!).

As I have a special affinity to the visual medium (I’m a pioneer of ‘graphic coaching’ which uses visuals and graphics to assist people in their personal development) … I’m going to do Esther’s practice myself.  Each day I’m going to take a shot of something that inspires me and makes me feel good, and post it.

Not only will this help me develop a more discerning eye … hopefully it will inspire others to do the same.  Our world is what we make it.  Its what we choose to focus on.  Abraham suggests to us that focusing on the positive aspects is a powerful process that reaps great rewards.  It makes us FEEL GOOD, which is reward in and of itself.  Plus, the more we train ourselves to see the positive, the more we become a vibrational match to those tones.  Plus, it just seems like a fun thing to do and a positive way to use social media!

So, I’m going to start a series called Viz Positive Aspects.  I’ll post in Facebook and Twitter each day at a set time (I’m thinking at 10am each day … I can always use Tweetlater to pre-set it if I need to).  I’ll collect the photos into an online album too, so I (and you) can browse them as they accumulate.

So, here’s my first photo … 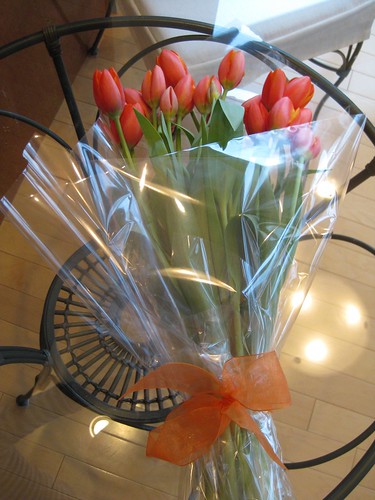 For more information on Positive Aspects, read Jerry and Esther Hick’s Ask and It Is Given Book.  Or, come join me in my Merkley’s Manifestation Mastermind where we learn and practice the Abraham processes (using this book as our focus).