I’ve been chewing my way, as many of us have, through the crazy going ons of late in our world (financial strife, wars, violence, militarization of communities, disease, environment degradation, etc). The SHIFT is upon us … its make or break time. Are we going to evolve to a higher level of being in this world… or not? I say yes, let’s do it … how about you?!

Process Workers Of All Types Are Needed:
Process Workers are people who work to make bad, challenging or in flux things … better. They are the people amongst us who are drawn to the silver lining, to the brighter place that lies beyond … to making the world a better place, through the slice that they have influence within.

They may be facilitators, coaches, counselors and the like who have been formally trained in process work.

Or, the informal influencers in networks, communities and families whom others naturally turn to for support and encouragement.

I’ve been drawn to Process Work for all of my adult life. And, in my roles as facilitator, coach and teacher I’ve had the honor of working with many groups and individuals grappling with change. And been privy to mentoring other Process Professionals.

When a Process Worker Gets Bummed Out:
While change work can be very inspiring and rewarding, it can also be very tiring and discouraging too. It takes a special breed of person to go where dissatisfaction exists with the intent to uplift and shift. To delve into problems hoping that, through the process, energy will change and solutions will emerge. Sometimes going where angels fear to tread.

During these activating times, I do my best to not get overwhelmed and therefore immobile. Can’t accomplish my service mission if my mindset is taken over by constant doom and gloom. But I also don’t want to be a naïve Pollyanna and overlook the seriousness of our predicament either.

When the going gets tough, there are a few concepts that give me solace … that help me rally myself to keep going and to have an optimistic spirit about our chances for success.

Here are my thoughts that soothe me …

1. Messy But At Least We Got There
Now, I’m going to warn you … this first thought is practical in nature, not pretty. When I’m really doubting humanity’s ability to rise to the current challenge and am horrified by brutalities … I remember various process situations where I was worried it was all gonna tank … and it didn’t. It was messy, painful and certainly not very elegant. But we got there. Eventually. 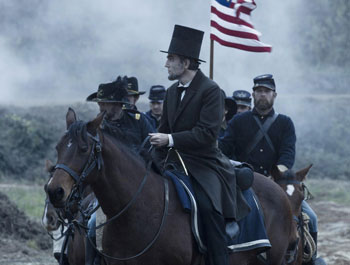 By way of a larger example – I finally watched Lincoln, the movie … depicting the end of the American Civil War, the unification of the country and abolishment of slavery.

This movie depicts just how brutal change can be and the high price paid for it both collectively and individually.

It also shows the angst of Lincoln’s cabinet and opposition as they make their personal decisions about which side of emancipation to vote for (the moral decision being so obvious from our perch in the present). And shows how the right choice can often mean unpleasant personal repercussions, for some, at least for a while. Often it’s not personally easy to do the right thing and there is sacrifice involved. However, it’s still the honorable thing to do.

Humanity has been to the brink before and came through … hopefully we will get through the current mess too.

2. The Left and Right Brain Marriage 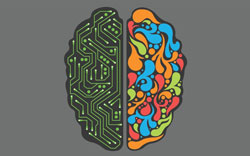 I’ve been writing a series of articles lately about the marriage of left and right brain thinking and being. Many of the methods that I use and teach require this blend and its so gratifying to increasingly witness people valuing BOTH sides equally now.

And not just right brained people but left brained people, companies
and institutions too. They are recognizing that they are lopsided having given up the softer side at some point, and are seeking approaches to bring more balance (like incorporating Graphic Recording and Graphic Facilitation methods for greater collaboration, transparency and sharing).

And they are also putting their money where there mouth is. It used to be that my clients paid for their own services. Increasingly, if they are internal in an organization, it’s the company that flips the bill. That is a real turnaround and a strong vote for the value of adding more feminine principle into the mix.

In the larger picture, the vast problems impacting our world require a balanced approach. Our leadership decisions can no longer be driven strictly from the left, the right must be equally taken into account too. No less than the survival of our species and planet depends on it.

3. Kindness Trumps Survival of the Fittest
Lastly, to help overcome my own concerns about our world going to ‘hell in a hand basket’, I remember the debate that it’s actually kindness and compassion that is a stronger predictor of survival than the fittest (see David DeSalvo’s work here in Scientific American). 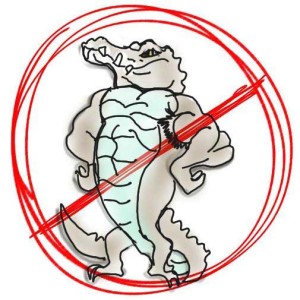 Smart kindness is the evolutionary path for us as a species on this planet … not the antiquated awful ‘dog eat dog’.

Brutality is an out-dated reptilian response that limits us. We will not ascend to the next level of evolution (let alone survive) if we stick with these old ways of intimidation, control and hierarchy.

We must break free and activate higher, nicer, more mammalian responses of care, health and true leadership to navigate this nexus point in our development.

Additionally, technology is wonderful! However, technology alone (being fittest, fastest, or left-brain smartest) is not all there is. We have to learn how to grow our wisdom faculties too — in order to use our technology for the greatest good, not just selfish, short-term tribal gains.

Let’s not forgot to engage our mental brains and technology with heart and wisdom too! Put the human back into humanity where it belongs. Unite our left AND right brains in order to draw our way to a better future … and fast!

P.S. Shortly after finishing this article I sat down to have lunch. And flicked on CBC Radio to reluctantly listen to the news. I heard an amazing thing – the Baltimore state attorney announcing probable cause to file criminal charges against six police in the death of Freddie Gray. One of the officers was charged with ‘depraved heart murder’. That made me cry … that the American justice system actually has a phrase to describe such total lack of heart. And someone in leadership (way to go Marilyn Mosby) actually used it. The SHIFT is happening … messy, horrible, but it is happening. Perhaps they can remove those awful military vehicles loaded with pyschotronics weaponry now too.

2 comments on “LET’S MAKE IT THROUGH THESE CRAZY TIMES”