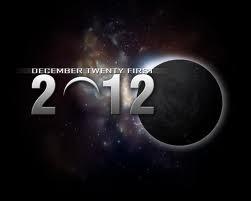 You’d have to be living under a rock to have not got a whiff of the 2012 speculation. In a nutshell, its all sorts of theories that propose that this year (and/or the years leading up to and following it) are special. The depth and breadth of that specialness is what varies. Some think our world is going to be obliterated. Others think we are going through a dimensional shift (3D, 4D, 5D … which we may or may not recognize when it happens … or its going to happen to some but not others). Others think it’s all a bunch of bogus hogwash.

UFOs, wormholes, gnarly government cover-ups, old and new world orders duking it out. The rise of the suppressed feminine. It’s enough to make one’s head spin … and lots of sensitive folks worry. Makes Y2K look like a cakewalk (yet we all remember what happened there … nothing!). 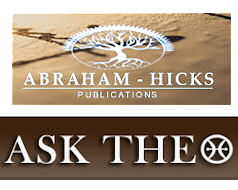 If you’ve been reading my e-Zine for a while (thank you for that) … you know I study material that is channeled (info communicated supposedly from non-physical universal intelligence … including Abraham-Hicks and THEO). I say supposedly cause while I totally believe that is possible it can’t really be validated through current scientific means — the jury is still out, so one has to go on faith and feeling.

I’ve had the good fortune of collaborating with THEO and Sheila & Marcus Gillette for a while now (we run programs together … another is just around the corner). I resonate with THEO’s take on 2012. That it’s a natural, anticipated acceleration of energy that is expanding human consciousness at the individual and collective level. That it’s not going to be catastrophic in the ways that some paint. That it has been building for decades. That our better selves are being evoked, called, and summoned. That we have an opportunity to benefit greatly … however our level of resistance can create interesting blocks and challenges. Clean up and inner work is required for most of us. And there are helpful things that we can do to make the evolution smoother (see Thrive Tips for These Accelerating Times for more info).

A lot of the focus and worry around 2012 is around control (who has it and what they are doing with it). Sometimes one has to look at the contrast in order to figure out where one individually stands. Yeah, there is quite likely conspiracy and other nasty business that is going on in the world. And control of media, communications, mindset and emotions (mass vibration) enables it. But all of that is changing. Arab Spring, Occupy Wall Street … are signs of the change. It’s a matter of numbers. The minority cannot control the majority when the majority moves out of powerlessness, apathy and distraction. The power is in the people … including you and I.

Note: Take it with a grain of salt and watch that you don’t get taken down by the shadow stuff … but Project Camelot and Conscious Media Network are interesting sources for alternative media.

Focus On What YOU Want (your energy is key):
In going through this build up to 2012 I have come to a few conclusions. First off, like anything … my (and anyone’s) power lies in what they focus on and what they feel. Its important to be a positive sifter in what one looks at and ultimately chooses to believe. If you have been concerned about the 2012 issue, look at the breadth of the topic … don’t hide your head in the sand from the scary bits. But, after examining the big picture, come down to some sort of decision about it that you can live with in a comfortable way. That resides in your body calmly. As you will build your own reality from that energetic.

I personally do not believe that we are going to wake up on December 21st and our world is going to be perceptively different (or gone). I think the change that is heralded for these times is happening now. We are already living it.

In my world I see people opening up in beautiful ways every day — to their creativity, to the visual way of working, to better feelings, to their authentic, happy, pleased, fulfilled and participative selves. They are going for it. They are pursuing the things that they are attracted to and they are doing the honorable outer and inner work to make them happen.

It’s an honor to witness and be a part of that. 2012 isn’t a scary doomsday scenario — it’s rather a time of awakening, positive change and unfoldment. I wish you all the best in unfolding your Next Self in 2012 and beyond!

WANT TO USE THIS ARTICLE IN YOUR E-ZINE OR WEB SITE?
You can, as long as you include this blurb and a functional link to my site:

Author’s Bio: Christina Merkley “The SHIFT-IT Coach” and creator of the SHIFT-IT System® is a Visioning and Strategic Planning Expert specializing in Visual Thinking and Law of Attraction techniques. Based in charming Victoria, British Columbia, Canada, she works deeply with individuals, partners and conscious businesses to define and manifest what they truly want. And, trains other helping professionals in her innovative ways of working. For more information visit: www.shift-it-coach.com