Hosted The SHIFT-IT eCommunity on the weekend – for grads of my Visual Coaching Courses (SHIFT-IT, Practical Energy Work and Visual Coach Certification). Our apologies for the initial tech issue with the link and we’re glad most of you got the correction in time. Three members were facilitated through Inner Work during the session.

First member was  experiencing frustration at the length of time (18 months) it has taken for her to accomplish her Vision. She now has larger projects she wants to manifest and is irritated at the time and effort they may take. Christina facilitated through the AlphaMind technique and the client’s Nature Place, particularly her ‘Elder Tree’,  had powerful perspective and soothing. Client was guided to work with the natural timing of germination rather than fight or scold it. 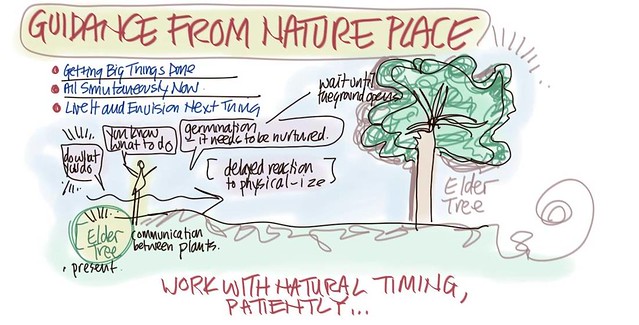 Second member is in the midst of the SHIFT-IT System and wonders if she has outgrown her Future Self already. Christina facilitated her in a discussion with her Future Self and a further journey to meet her Future, Future Self. Indeed it was useful to connect with a longer term Vision than the one she initially had. Future Self and Magnetism Map updating will follow suit (as well as suggested steps for the Action Plan). 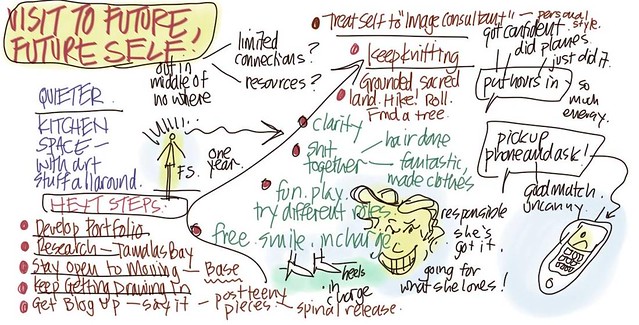 Third member is a self-employed Graphic Recorder on the development path to be a Graphic Facilitator. She’s contemplating applying for an internal GR position in an American company.  Christina facilitated her through the FLIP IT Good protocol to identify her ‘yah buts’ and to authentically counter them. She’s ready to apply and see what unfolds. 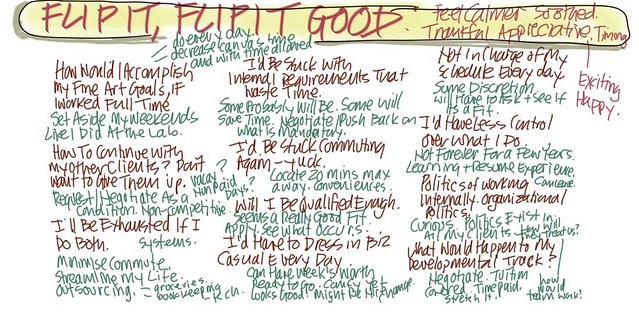