Well, before I can get into what Abraham said about Obama and the current economic situation, I first need to set who/what Abraham is and why they are commenting on this topic to begin with.

Abraham is the name given to the non-physical intelligence /group of teachers that Esther Hicks ‘translates for’ (the easy, shorthand way to refer to this would be to call Esther a ‘channel’ … that she puts herself into a calm, meditative state and receives blocks of thought from Abraham that she then translates into words).

Attending the Recent Abraham-Hicks Mexico Cruise:
Esther and her husband Jerry Hicks have been sharing and growing the Abraham material with interactive audiences throughout the United States (and now internationally) for the last 20+ years. In the last several years they have added cruising experiences to the many ways one can hear their messages. Each year they have several cruises in different locations (Hawaii, Mexico, Caribbean, Alaska, etc) where in between the ports of call you can participate in Abraham sessions.

I’ve been studying the Abraham material for the last eight years or so. My interest in it grew out of my profession as a strategic planner and visioning facilitator for organizations and then morphed into my SHIFT-IT work with individuals. I find their material utterly fascinating, useful for myself, and my clients as we shift our present realities and ‘become our next selves’ … and I’m utterly hooked. I just returned from their 7-day Mexico cruise that had about 400 participants (my fourth cruise with them) …

On the cruises, like all of their workshops, the format is very basic. Jerry welcomes the crowd, invites Esther on stage, Esther does a very quick meditation and ‘brings Abraham in’. Then, members from the audience are selected to sit in the ‘hot seat’ — a chair up on stage in front of Abraham from which they can ask any question that they care to ask this universal intelligence. Therefore, unlike other channeled information (like Course in Miracles for example) the information continues to grow, morph and evolve … depending on the questions that are asked. They refer to it as a ‘co-created experience’.

For the full story of Abraham and Jerry & Esther’s journey (and to view the transformation of Esther into Abraham) I recommend the DVD: The Secret Behind the Secret (from Canadian filmmaker Peter Beamish of Aura Productions).

Their Answer: President Obama and the Economic ‘Crisis’:

On this last cruise (Feb. 2009) I was curious to hear Abraham’s perspective on several topics, not the least of which was their take on President Obama’s recent electoral win and inauguration and the seeming financial meltdown he steps into.

A Queuing Up of Asking:

Obama’s win and the outpouring of emotion experienced during his inauguration were the results of a huge queue of desires from millions of people (from around the U.S. and the world at large … in this present time and from the past).

A core of people (from many experiences, backgrounds, political stripes, ages, perspectives, etc) were united through their many desires for a new kind of expression and movement in the world.  Many, many individual ‘rockets of desire’ resulted in the election of this man.  The euphoria was a result of so many people being pulled ‘back into the vortex’ after being out of it for so long.  Back to good feelings, optimism and hope.  Back into alignment with who they truly are (what Abraham calls our Inner Being).

President Obama’s election was not his own doing (as he even says himself) – instead it was the result of many people ‘lining up with it’.  He was the outward manifestation of the inner alignment and desires of a huge volume of people.  As time moves from the election into the business of governing, it’s imperative that this leader maintains his own connection to his vortex (his optimism, hope and positivity). And that he keeps telling the new story (and not get fixated on the old or the broken) in order for things to continue to shift.

Abraham advises that President Obama alone cannot buck the overall mass current (nobody can) … so all of us need to do our own inner alignment and keep in our own vortexes of positivity to assist him and ourselves in the massive shift that is underway.  This is not about one man aligning his energy (although he is a very persuasive man when he is in his vortex) but it is about a mass of people doing their own internal alignment work to put their focus on what they do want (and off of what they don’t).  In times of great flux there is huge opportunity to shift the world to new, enhanced levels, and that is exactly what is currently going on.  It’s a massive, good, incredible shift.

The Economic Crisis as Useful “Contrast”:

Abraham has a term called ‘contrast’.  In my mind (although this is a rather simplistic explanation) contrast is basically the so-called ‘bad stuff’ that happens to us.  Right now, the economic situation is a seemingly bad situation … it is major contrast.

But Abraham doesn’t see bad things as really bad. They see supposedly bad things in a larger context.  To them, the larger, true role of bad things is for them to stimulate us into defining what we do want instead. These bad things are just a ‘bouncing off’ place for us to define what we really prefer instead.

In this light, contrast is not only not ‘bad’ it is absolutely essential because it provides us a way to define our new direction.  It is an inherent opportunity for clarity.  When we have used contrast to define what we do want (step one), we then need to move full-steam ahead towards our new focus (and stop beating the drum of the old stuff).  This, they tell us, is the way the universe continues to expand and grow (contrast, new desire, contrast, new desire, contrast, new desire … on and on it goes). Through this unfolding process humanity continues to expand.

This Economic Crisis is the Basis for Enormous Expansion:

In this light, Abraham says that this economic crisis is the basis for enormous expansion.  That we are in a time of GREAT ASKING … that the next stage of humanity’s future is unfolding and that it behooves all of us to ‘get in the vortex’ about this great shift.  We are in a GLOBAL TURNING POINT THAT IS NOT A TIME TO WORRY BUT IS A TIME TO BE JUBILANT!

On the cruise, we were reassured that it’s magnificent what is being launched into our individual and collective ‘vibrational escrows’ through this financial experience that the U.S. and the world-at-large is going through.  That this contrast is launching all sorts of desires that will benefit not only us but also future generations — through improved financial and political systems, enhanced global dialogue and collaboration, new technologies and innovations and all sorts of things that would not have been possible without this great ‘bouncing off’ point.

If you are new to Law of Attraction and/or Abraham’s message, I’m not sure how much of what I have written is going to make sense to you.  I hope some of it does.  There is only so much I can communicate in a short article such as this.  And I probably attempted to share too much given my exuberance and high from the cruise I just attended.  My hope is that my passion and admiration for the work of Jerry and Esther (and Abraham!) comes through – and this brief article will click with those of you who are also a vibrational match to this stuff!  Again, for fuller explanation and a proper foundational base of understanding, please visit the original Abraham material at www.abraham-hicks.com

WANT TO USE THIS ARTICLE IN YOUR E-ZINE OR WEB SITE? You can, as long as you include this blurb and a functional link to my site:

Christina Merkley, “The SHIFT-IT Coach” and creator of the SHIFT-IT System®, is a Visioning and Strategic Planning Expert specializing in Visual Thinking and Law of Attraction techniques. Based in charming Victoria, British Columbia, Canada, she works deeply with individuals, biz partners and couples in defining and getting what they really, really want. For more information visit: www.shift-it-coach.com

5 comments on “The Economy According to Abraham-Hicks” 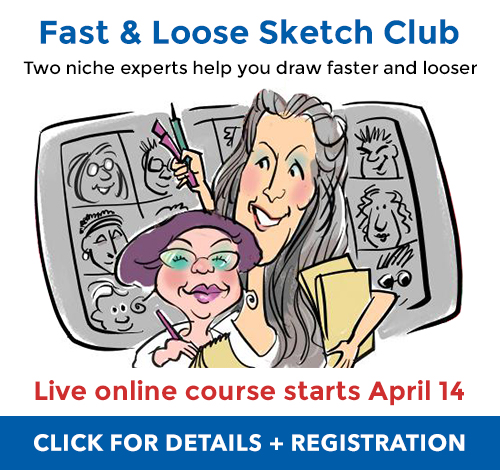