Below is the most recent Process Popup held Saturday, January 29, 2022

We begin with ten minutes of Meditation to settle into Stillness. Next are Reports. Then our agenda organically emerges from the shares.

1. First up is Kathryn a busy university academic. Two recent evaluations have deposited her at ‘not done enough’ and ‘pride of accomplishments’. We enter the polarity as a portal, to find the treasure within. We meet self-doubt, productivity, shine, make a mark, choice, privilege, honor and humility. Her heart and lungs hold the key of ease. More achievement to now be coupled with an easiness of sense of self. Yes, please!

2. JC had a breakthrough with her Future Self at last weekend’s SHIFT-IT Retreat. Lots of naps, wild dreams and painting since. A new constellation is forming but it doesn’t belong at work. Her Inner Toddler and Teen object, they want it tattooed on their arm for all to see …. visibility! No to loss of work and dubious success. A pact between the heart and head. Trust. Hush. We’ve got you!

3. Next is Jill (no notes). Since the Retreat, a Green Man has emerged. We do a quick journey to her AlphaMind for clarification. Her Star Woman Galactic Mind is there to greet us. Green Man becomes Galactic Dad. Star Woman becomes Galactic Mom. The other Guides recalibrate accordingly. Yes please to leaving the trauma behind and stepping into fun, play and visibility.

4. Laurie stays for Bonus Time. The injustices that she has witnessed as an indigenous student in law school have left her angry. She meets her understandable anger. Inviting it to enlarge and stretch into a lava leaking volcano. After it cools, from her mountain vantage point, she finds neutrality at those human foibles below. And asks this perspective to accompany her into her third year.

5. Ginette processed deeply at the Retreat too and comes for her next round. The CEO of a Foundation she’s awaits her Board’s decision about her role and the overall fate of the organization. Waiting is not her forte. Her Future Selves help with a stuck trauma. Which starts a vibrational cascade in her subtle energy field. Multiple griefs, that she stuffed in order to keep going, come up for processing. We begin the process of meeting them – a timely private session is already booked for next week too.

Thank you to everyone who came. To those that processed and to those that witnessed and held space. Good first co-creation of the year! 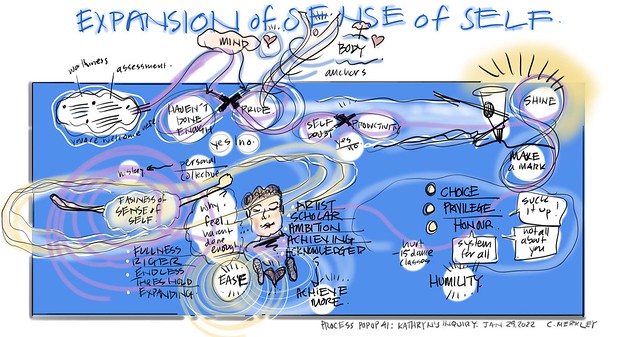 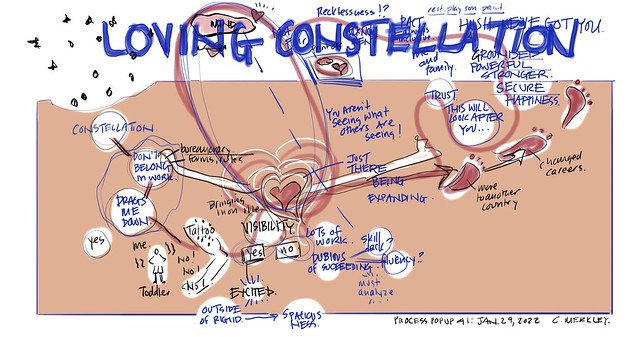 LEARN TO WORK VISUALLY TOO:
Of course, you can!  See SHIFT-IT School for trainings and study kits. 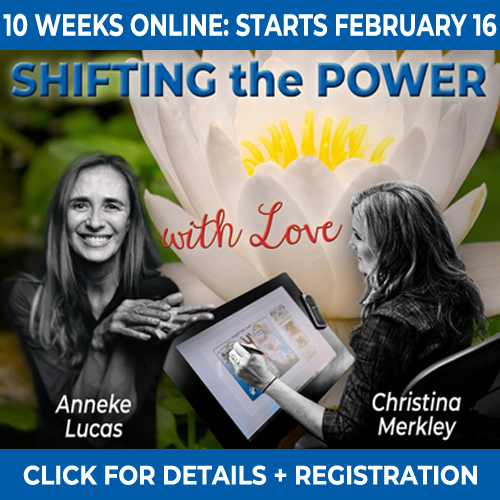